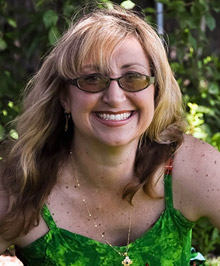 [About Beth Jakubanis, LCSW]: Beth Jakubanis is a licensed clinical social worker in Woodland Hills, California. She is the President of the group practice, SoCal Therapy Center, Inc. and the founder of SoCal Child Therapy, Inc., an Intensive Outpatient Program for children. In addition to running her clinics, Beth teaches at CSU, Northridge and is the author of the psychology chapter of the MCAT Review for Barron’s Educational Publishing. In her free time Beth finds joy in being an Aunt to 4 amazing children and pursues creative activities such as painting and writing.

The phone call came in late one afternoon in Mid-February. The mother on the other end of the phone was requesting a psychological evaluation to support her daughter’s immigration. The child’s name was Flora. With a few questions, I was able to identify what kind of immigration evaluation I would need to write: this child was seeking asylum. We scheduled an appointment and I made plans to see her in a few days.

Being an immigration social worker is a little bit like being a detective. It is my responsibility to assemble all of the necessary clues which the client gives me to identify the biological, psychological and social welfare concerns which will support their immigration application. Going through the immigration process requires the client to interface with a system who has become accustomed to processing people. They run the risk of becoming just another face, just another number during their interface with the system. A well-composed letter or evaluation can build empathy and humanity for the client while establishing their mental health functioning. An evaluation which does not capture the client’s experience accurately can result in a missed opportunity for the client.

Flora and her mother arrived at her scheduled appointment time. They completed the registration paperwork and assessment measures which I provided to them. In some instances, it is necessary for me to help the family to read and complete the paperwork. It is not unusual for all members of a family to have limited literacy in their native language. In this instance, Flora and her mother did not need any help. This was a clue which told me that they had received some access to an education in their country of origin.

I brought Flora back alone. She was 15 years old. Old enough to tell her own story. I planned to check in with mom at the end of the appointment to confirm that Flora didn’t leave anything out, while still honoring confidentiality requirements.

I started by reviewing the paperwork to see what information I could find to determine how to approach Flora’s evaluation. My first clue was that Flora is from El Salvador. This told me that I will be focusing in on child welfare concerns of some kind. I glance briefly at her responses to the assessment measures and identify that she is currently meeting criteria for Post-Traumatic Stress Disorder and Major Depressive Disorder – more clues.

After a quick discussion of limits of confidentiality and scope of services, I ask Flora to tell me her story. Clients with PTSD can be tricky. One of the symptoms of PTSD is that they will avoid talking about their traumas. Some clients will have flashbacks or panic attacks in session. Providing support, warmth, gentleness, and understanding is very important. Meanwhile, a clinician must be able to balance it with the need to ask the questions necessary to get the appropriate level of detail and identify when a client is avoiding painful information that will help them.

Flora began her story. She said she arrived from El Salvador 3 months ago when she moved from El Salvador to the United States to be reunited with her mother after a separation of 8 years. When Flora was 7 years old her mother, in search of work… in search of opportunity… in search of safety for her family, moved to the United States without a Visa. Between the ages of 7 and 15 years old, Flora was cared for by her maternal Grandmother on weekends. During the week she would live with her paternal Aunt’s husband’s parents which allowed her to attend school near her home. Although this living arrangement allowed for Flora’s educational needs to be met, she explained that she frequently felt as if she were an inconvenience and a burden upon her extended family and was treated as a second class citizen.

As her story unfolded I learned that Flora was born to parents who worked as teachers in El Salvador. When she was 5 years old, her father was teaching when a gang related gun fight on the streets infiltrated the school. He and a student in his classroom were kidnapped at gunpoint. The student’s body was found 3 weeks later. Her father was never heard from again. Two years later her mother moved to the US. Flora spoke to her mother once a week by phone after her mother left.

Children from El Salvador often have similar types of stories: kidnapping, murder, extortion, assault, dismemberment, death threats and rape are the common themes that I hear. I marvel at their resilience and spirit because they have lived through horrors that few American children or adults could ever begin to comprehend. They come to America seeking safety and refuge from the horrors they have faced and I have the honor, opportunity, and responsibility of helping them.

Flora continued to explain that after her mother’s departure, she began to suffer from nightmares in which her mother, grandmother and other attachment figures were killed. Flora began to isolate from others. Her grades suffered. She became irritable and began to cut herself with writing utensils about once a month. She would also have fantasies about dying. She reported that in her city the Mara Salvatrucha gang (aka MS-13) was more powerful than the police or government, which resulted in a very violent environment in which to grow up. She described several incidents of robbery, kidnapping, and assault on friends, family members, and neighbors in addition to her father’s murder.

Flora shared that in her mother’s absence, her family cared for her as well as they were able to, however, the money that Flora’s mother sent to El Salvador for her care frequently was redirected into the household funds instead of providing directly for Flora’s care. Flora said that her food and clothing were often inadequate. She did not have clothing appropriate for the inclement weather and she ate only 2 small meals a day. At dinner time she would have no more than a cup of coffee and a piece of bread. She stated that she took her mind off of her hunger by teaching herself to play music on an old guitar she found on the street and by drawing pictures.

Flora reported that now she is living in a studio apartment with her mother and another family. She and her mother share a bed in one corner of the studio and the other family sleeps on the other side of the apartment with 2 full-size beds for 4 people. She had not yet enrolled in school but stated that she intends to do so in the near future. Flora also told me that she isn’t eating much because she has a sore tooth which has decreased her appetite, leading to weight loss. Her mother is between jobs at this time.

After I took her case history, I conducted the mental status exam and assessed her psychological functioning. She reported symptoms of Post-Traumatic Stress Disorder and Major Depressive Disorder. Other conditions which I assessed for include Complicated Bereavement due to the death of her father and Separation Anxiety – In Remission due to her reaction to separation from her mother.

I spoke to her mom to ensure that she hadn’t left anything out. Mom filled in some details around the father’s kidnapping and murder which was preceded by extortion by MI-13 to try and shut down the school. The case was falling into place. By murdering the teachers, MI-13 could deprive the entire city of an education and maintain their control of the populace.

I informed them of Flora’s diagnosis and provided them with linkage for therapy, case management, and employment resources. They asked a few questions and thanked me for my time. The case was closed.

After they left, I wrote Flora’s letter and sent it on to her lawyer. Like 99% of these cases, I will not see Flora again. I will not hear from her or about her. But I will know that I played an important role in helping her to receive asylum from the horror of the country she once called home. And, I always hope that she will be able to live in the safety which we take for granted in the United States of America.

Thank you Ms. Beth Jakubanis for your time and insights into community social work